IIJS Premiere 2021 Signals the Return of Physical Exhibitions at BIEC

The India International Jewellery Show Premiere 2021 got off to a glittering start on Sept. 15, at the Bangalore International Exhibition Centre (BIEC). This is the first major B2B exhibition being held in India after a span of 20 months, since the outbreak of the global pandemic.

The 37 th edition of IIJS Premiere, organized by the Gems & Jewellery Export Promotion Council (GJEPC), is the first and the largest show held by it in Bangalore.

Colin Shah, Chairman, GJEPC informed the audience that this edition of IIJS is the largest ever show being held by GJEPC with 1300 exhibitors occupying an exhibition space of 77,200 square metres in 5 halls with more than 18,000 registered visitors till the first day of the show. An event of this magnitude needs a great venue, so we are glad that BIEC stepped up to help us organize it.

Shailesh Sangani, Convener, Exhibitions, GJEPC thanked the Government of Karnataka for extending all possible support to organize the show seamlessly.

Sharing his views on the opening of the exhibition, V. Anbu, Director General & CEO, IMTMA and BIEC said, “We are pleased that the organizer of IIJS is holding a trade show at BIEC which will boost trade performance of the sector as well as lead to a good momentum towards re-start of exhibitions in India.” 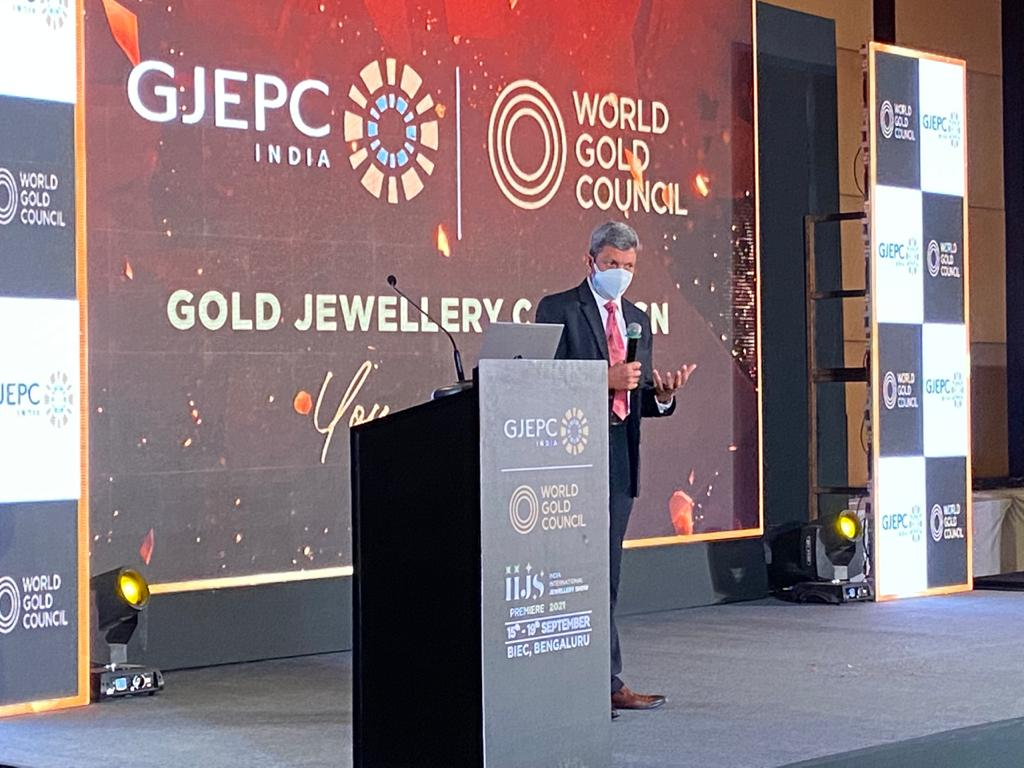